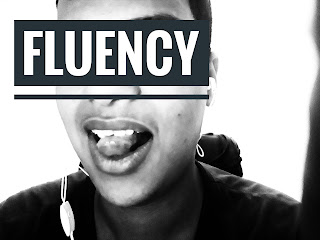 To estimate the time you’ll need, we’ll need to consider your fluency goals, the language(s) you already know, the language you’re learning, and your daily time constraints. As I said earlier, there is no such thing as a hard language. There are, however, languages that will be harder for you to learn, because they aren’t in the same family as the language(s) you already know. Japanese is difficult for English speakers to learn for the same reason that English is difficult for Japanese speakers; there are precious few words and grammatical concepts that overlap in both languages, not to mention the entirely different alphabets involved. In contrast, an English speaker learning French has much less work to do. English vocabulary is 28 percent French and 28 percent Latin. As soon as an English speaker learns proper French pronunciation, he already knows thousands of words.

The US Foreign Service Institute ranks languages by their approximate difficulty for native English speakers. In my experience, their estimates are spot-on. As they predicted, Russian (a level 2 language) took me nearly twice as much time as French (a level 1 language), and I suspect that Japanese (a level 3 language) will take me twice as much time as Russian. I reached a comfortable intermediate “I can think in French and use a monolingual dictionary” level in three months, working for an hour a day (plus weekend binges), and a similar level for Russian in six months at thirty to forty-five minutes a day (plus weekend binges). I then used seven to eight weeks of intensive immersion to bring both of those languages to advanced “comfortable in a cafe, comfortable chatting about whatever, somewhat uncomfortable describing car problems” levels. I’ve seen similar results with my students. Without an immersion program, I suspect advanced French would take five to eight months, working for thirty to forty-five minutes per day on your own. Level 2 languages like Russian and Hebrew should be twice that, and level 3 languages like Chinese, Arabic, Japanese, and Korean should take four times as long as French.

These harder languages do take time, but there’s no reason you can’t learn them. You’ve already met the only prerequisite: you’re interested. Think about exercise for a moment. To succeed in an exercise routine, we need to enjoy it or we’ll drop it. Most of us don’t have six-pack abs or fit into a size 2 dress. I’ve certainly tried for the abs (I gave up on the size 2 dress long ago), but I never succeeded, because I rarely enjoy exercise. Those of us who do, succeed. Successful gym rats learn to find the joy (and endorphins) in grueling daily workouts. The rest of us can push ourselves into the gym with willpower, but if we don’t find it enjoyable, we’re unlikely to continue for the six to twenty-four months we need to see results. Fitness plans keep shrinking in time—30-Minute Fitness, the 10-Minute Solution, Ultimate Physical Fitness in 5 Minutes, the 3-Minute Workout—in an attempt to make something that’s difficult seem more palatable. But no matter what, we’re still going to be a sweaty, achy mess at the end of it, and getting ourselves fired up to do it every day is hard in the short term and harder in the long term.

As long as language learning is hard, we’ll run into the same problems. Who enjoys drilling grammar and memorizing word lists? Even if I promise you Fluency in 30 Seconds a Day, you’re going to have a hard time sticking to it if it’s unpleasant.

We’re going to drop the boring stuff and find something more exciting. The tools I’ve assembled here are effective. Much more important, they’re fun to use. We enjoy learning; it’s what addicts us to reading newspapers, books, and magazines and browsing websites like Lifehacker, Facebook, Reddit, and the Huffington Post. Every time we see a new factoid (e.g., “In AD 536, a dust cloud blotted out the sun over Europe and Asia for an entire year, causing famines that wiped out populations from Scandinavia to China. No one knows what caused it”), the pleasure centers of our brains burst into activity, and we click on the next link. In this book, we’re going to addict ourselves to language learning. The discovery process for new words and grammar will be our new Facebook, the assembly process for new flash cards will be a series of quick arts-and-crafts projects, and the memorization process will be a fast-paced video game that’s just challenging enough to keep us interested.

There’s no coincidence here; we learn better when we’re having fun, and in looking for the fastest ways to learn, I naturally ended up with the most enjoyable methods. My favorite thing about language learning is this: I can basically play video games as much as I like without suffering deep, existential regret afterward (e.g., “I can’t believe I just wasted six hours of my life playing stupid games on Facebook”). I spend thirty to sixty minutes a day playing on my smartphone or watching TV. (The TV series Lost is awesome in Russian.) I get a language out of it, I feel productive, and I have fun. What’s not to like? Let’s learn how to play.